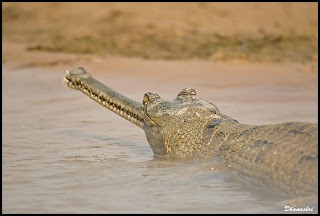 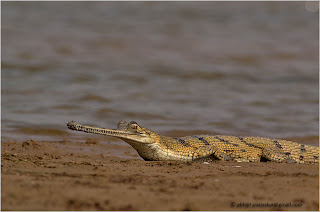 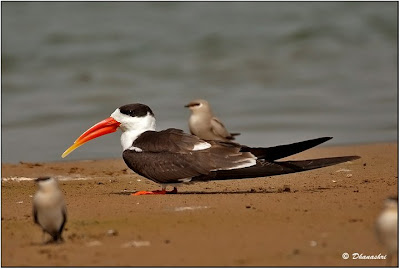 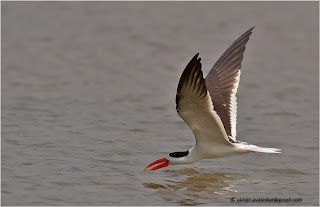 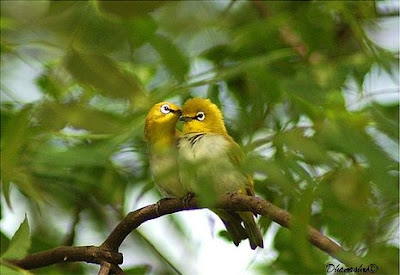 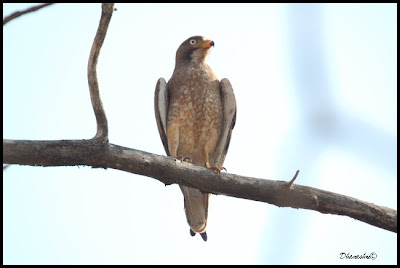 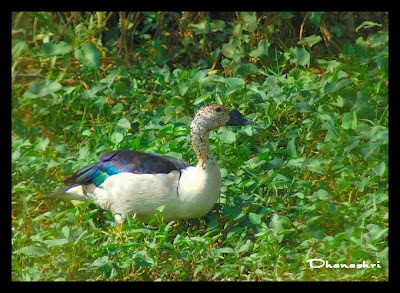 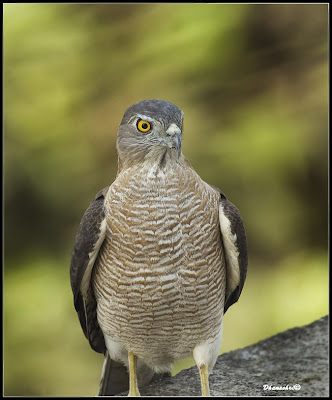 Shikra
(Accipiter badius)
Posted by Dhanashri at 2:54 AM 1 comment: 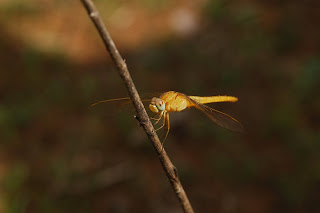 A dragonfly is a type of insect belonging to the order Odonata, the suborder Epiprocta or, in the strict sense, the infraorder Anisoptera. It is characterized by large multifaceted eyes, two pairs of strong transparent wings, and an elongated body. Dragonflies are similar to damselflies, but the adults can be differentiated by the fact that the wings of most dragonflies are held away from, and perpendicular to, the body when at rest. Even though dragonflies possess 6 legs like any other insect, they are not capable of walking.

Dragonflies are valuable Predators that eatmosquitoes, and other small insects like flies, bees, ants, and butterflies. They are usually found around lakes, ponds, streams and wetlands because their larvae, known as "nymphs", are aquatic.

Female dragonflies lay eggs in or near water, often on floating or emergent plants. When laying eggs, some species will submerge themselves completely in order to lay their eggs on a good surface. The eggs then hatch into nymphs. Most of a dragonfly's life is spent in the naiad (that is, nymph) form, beneath the water's surface, using extendable jaws to catch other invertebrates or even vertebrates such as tadpoles and fish. They breathe through gills in their rectum, and can rapidly propel themselves by suddenly expelling water through the anus. Some nymphs even hunt on land, an aptitude which could easily have been more common in ancient times when terrestrial predators were clumsier.

The larval stage of large dragonflies may last as long as five years. In smaller species, this stage may last between two months and three years. When the larva is ready to metamorphose into an adult, it climbs up a reed or other emergent plant. Exposure to air causes the larva to begin breathing. The skin splits at a weak spot behind the head and the adult dragonfly crawls out of its old larval skin, pumps up its wings, and flies off to feed on midges and flies. In flight the adult dragonfly can propel itself in six directions; upward, downward, forward, back, and side to side. The adult stage of larger species of dragonfly can last as long as five or six months.